Why planting forests can help save the planet? 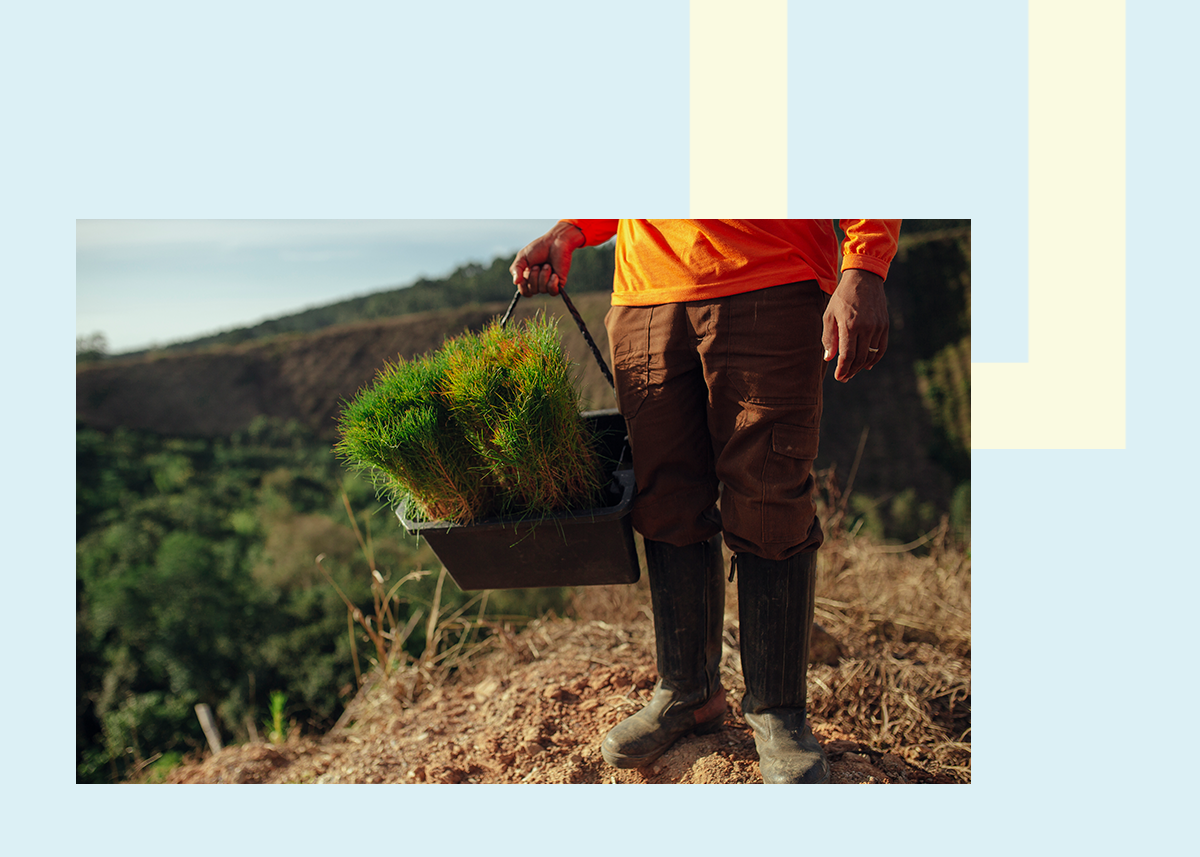 By Ana Belizário, Head of New Business at Urbem

One of the most frequently asked questions we receive is:“ how are mass timber structures sustainable if we need to cut down trees to build buildings?”

In this article, we’ll explain why planting forests (and consuming them) is actually one of the best strategies to combat the climate crisis. And Brazil, with its incredible agricultural capacity, with a favorable soil and climate for planting, can be a great leader in the Green Economy.

The activity known as silviculture, which is the regular planting of forests, usually destined for a specific commercial use, emerged at the end of the 18th century in Germany and, since then, has developed on a global scale, producing forests of different ages, species and destinations.

In Brazil, this activity began in a structured way at the end of the 60s, when the development of the Brazilian industry began to demand a large amount of wood, which was used as a source of fuel. The introduction of silviculture in this period was a strategy for the production of abundant, available and controlled raw material, as an alternative to the extraction of native Amazon wood.

The first important concept here is that forestry is a strategy of access to raw materials, with the objective of preserving the original biomes, which are usually older and more complex, or of replacing non-renewable raw materials with renewable ones. For example, when we plant forests to build buildings, we are avoiding the removal of stone and sand from the environment, which cannot be replaced or regenerated.

Speaking of original biomes, it is worth clarifying here which species are used to manufacture wooden structures, where these forests are geographically located and what is their relationship with Brazilian biomes. The species most used for the manufacture of mass timber in the world are conifers, woods with good structural strength, low density and fast growth. These are woods that work particularly well in the manufacturing stages of structural elements, such as sawing, drying, gluing, finishing and installation of connectors.

Here, the most used species for structural purposes is pine.sp, which is an exotic species here in Brazil, that is, it was imported and introduced in our climatic context, having adapted very well in the national territory, presenting very high-growth rates. Pine forestry in Brazil is today the most productive in the world, and the main forest stands are found in the states of Paraná and Santa Catarina, located in the south.

Few people know that forestry in Brazil is actually quite regulated, with several third-party certification programs, such as the FSC, a robust and safe methodology, ensuring that forests are planted and managed according to best practices.

One of the most important strategies for ecological balance of planted forests is combined management, that is, in forestry plantation areas, Brazilian legislation requires conservation or restoration of the related original biome. In the case of pine forests, the associated biome will, most times, be the Atlantic Forest.

Recalling our complex network of Brazilian biomes, pine forestry in the south and southeast regions of the country, in practice, works as a strategy to protect the deforestation of the Amazon forest, since it places enough wood on the market to meet the needs of various uses that contemporary civilization demands.

Forestry also avoids the extraction of ores, rocks and sand – non-renewable resources, which must be consumed strategically so that they are always available. The exponential growth of populations and, therefore, of cities that we still have to follow in the coming decades, forces us to think about alternative solutions that can be sustained in the long term.

And there’s still more. As the trees grow, the carbon dioxide used in photosynthesis is removed from the atmosphere and stored inside the wood. When we produce cement or steel, we need to burn fossil fuels, which release high amounts of carbon into the atmosphere during the production process. In other words, forestry can be seen as a major sectorial strategy for mitigating carbon emissions from civil construction.

For these reasons, explained above, we can say that planting trees to build buildings is today the most effective strategy to decarbonize the construction industry, while reducing the pressure for native Amazon wood, usually associated with deforestation of the biome.

Finally, forestry still has the power to recover degraded areas (which were exhausted after economical use without environmental preservation strategies), which in our country represent a huge portion of the territory. Despite being a forest of a single species, a planted forest also helps to recover the soil, reestablish the water table and increase the humidity of the air. If associated with areas destined for the regeneration of the Atlantic Forest, planted forests can help to reverse environmental degradation, through economic activities that generate positive and sustainable impact in the long term.